A month after the devastating fire that burned down the Oakland Hills Country Club, new evidence shows the fire appears to have started from construction workers using a propane torch against a wall.

The construction workers were on the east side of the building trying to rebuild a patio, said Bloomfield Township Fire Chief John LeRoy in a news conference this week.

They were using the torch to install rubberized flashing, and the heat from the flame helps dry it in the cold weather, he said.

“It looks to me that they were like, ‘Uh oh, we got a problem here,’ and were trying to figure out what to do, that’s where the hose comes in,” said Oakland County Sheriff Michael Bouchard.

As of now, Bouchard said it appears there was no intent to start the fire. But the footage is incomplete, and officials are continuing the investigation. Bouchard said it could take a full year to finish it.

“Some things look conclusive, but may not be,” he said.

It is unclear how long the fire went before someone called 911, LeRoy said, and the 911 call came from the pastry kitchen in the basement.

The surveillance footage was recovered from a hard drive submerged in water during the fire, and investigators are working to figure out the timestamps to “piece it all together,” LeRoy said.

The historic country club burned to the ground on Feb. 17, taking with it a century of golf history and mementos that can never be replaced. It took firefighters all day to battle the blaze. 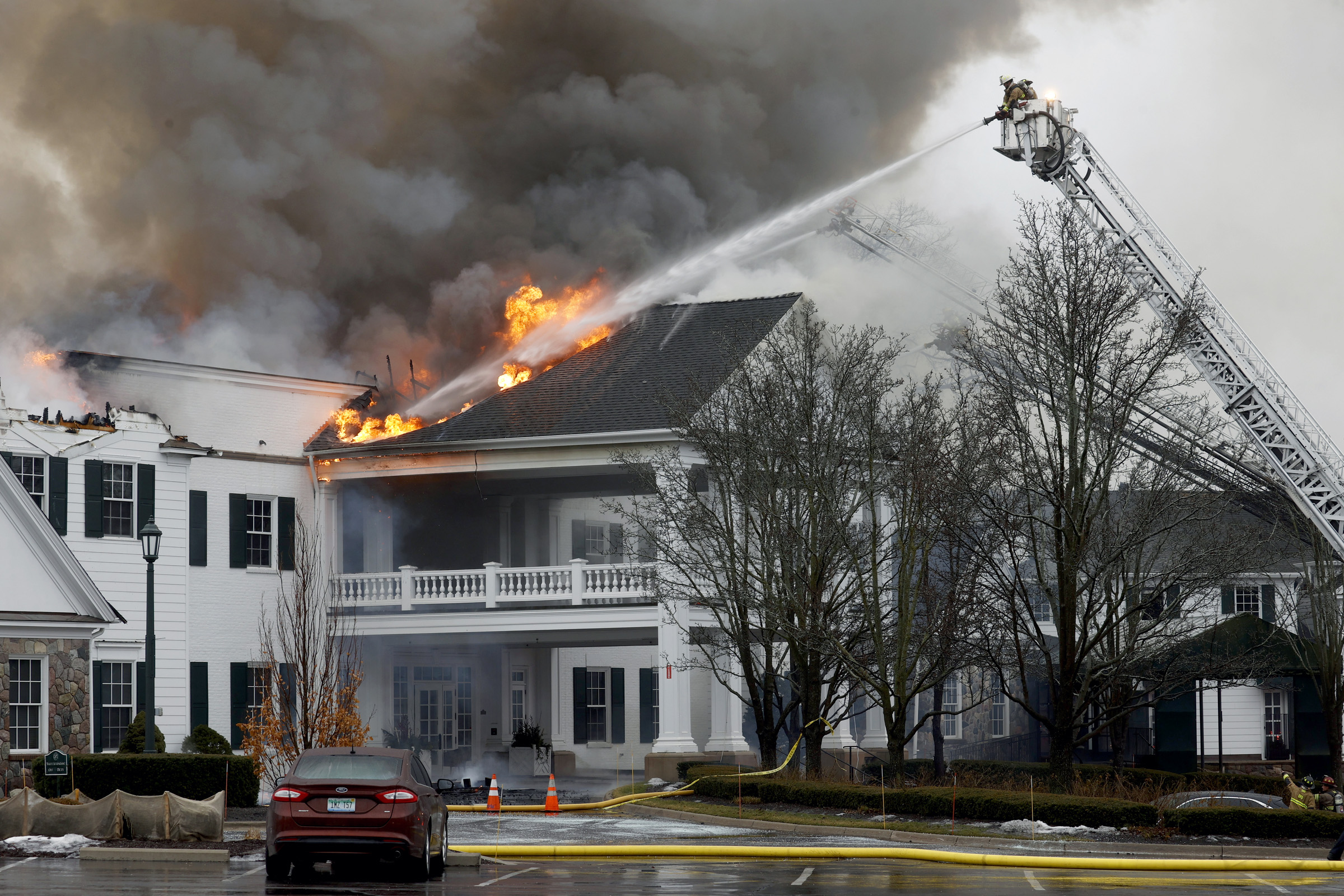 Bouchard said the fire caused an $80 million loss to the country club.

Oakland Hills is a 106 year old Donald Ross masterpiece so for this to happen at one of America’s best venues is such a bummer. They’ve hosted the biggest golf events in the world on many occasions so the games best have surely created some great memories in that clubhouse. Now it’s been reduced to ash by a contractors misstep. That poor construction worker that was torching the wall had to be destroyed… one has to think he’s used that method many times. Maybe using a propane torch on a wall isn’t the most prudent move for a contractor. Golf courses always do upgrades and repairs in the off season but when your in Northern Michigan working in February  it’s gotta be damn near impossible to dry anything outdoors. Keeping that torch on the rubberized material releases flammable vapors so he must’ve rushed the job a lil bit. RIP to all the historic items in the clubhouse that were lost.

By Will Wilcox and Jim Renner